Raspberry Pis are small computers that are a great starting point for children and students to learn a programming language, or for anyone interested in trying their hand at computer science. These computers are for more than just hobbyists, however, with practical applications like building your own controller for a smart home set up.

To get your start with Raspberry Pi, there are any number of project instructions available for free on the internet. In addition to that, though, there are all sorts of additional components necessary to build yourself a functioning computer, server, or whatever else you may have in mind.

For this reason, many interested in Raspberry Pi purchase a starter kit, offering everything you need in one convenient package. In this guide, we researched the five best Raspberry Pi starter kits. Buy one as a gift, or for yourself to unlock the wonderful world of DIY computer programming.

You don’t need to be Bill Gates to use the Raspberry Pi starter kits we reviewed.

Except for a monitor, keyboard, and mouse, those new to Raspberry Pi get almost everything else they need to get started with the CanaKit Raspberry starter kit, our pick for the best Raspberry Pi starter kit to buy.

Additionally, this CanaKit product is secure, reliable and inexpensive, according to those who have used it: An amazing system that many were able to get up and running in minutes. And once it is operational, CanaKit subs in nicely for a laptop, while others powered their VPN with it.

Add an SMB and a node, and it’s practically a server, with sufficient enough power to browse the web and check email.

Another great option for anyone interested in trying their hand at Raspberry Pi is the Raspberry Pi 4 complete kit from Vilros.

With nearly as much RAM as the average laptop, this Pi kit won’t get bogged down, and works well right out of the box. One consumer who was new to Raspberry Pi called the kit great, with easy heatsink installation, an easy-to-plug-in fan, and a chipset included in the case. And best of all, It’s almost as fast as a Mac or a PC for basic stuff like email and browsing the web, we learned.

According to reports, it’s a wonderful package, great for hobbyists but also a practical and low-cost substitute for a Linux desktop.

You will eventually need some basic coding knowledge to get all the features up and running, but otherwise, the package is relatively inexpensive, and overall great for beginners to learn on, according to reports.

The best kit for beginners.

With a robust free tutorial and plentiful YouTube instructional videos, the next pick in our ranking is the best choice for a kid or for anyone who is truly new to computer science.

Nicely, everything comes in a well-organized plastic box, and according to an actual child who used it to begin learning about computer science, the board is quality, offering great bang for the buck, with several different types of motors, LED displays, alphanumeric display, and a number of different sensors included with purchase.

It’s exactly what another consumer was looking for to get started with Raspberry Pi programming and operating environment, and it comes with everything you’ll need for Arduino programming and simple circuits.

For Raspberry Pi projects requiring a numeric keypad, we recommend the Freenove Ultimate Starter Kit. This comprehensive package has everything you need to get started, although the Raspberry Pi board itself is sold separately, which is not uncommon.

According to one teacher that uses the kit in his class room, the variety and quality of the components included in the kit is excellent, such as a motor, sensors, a large LCD, and buttons, switches, and even a GPIO replicator.

Otherwise, the Freenove kit is great for learning Python and circuit building, with a manual that is easy to understand and parts and pieces that are nicely machined and interesting to use, based on feedback.

Also included in the package are two heatsinks, a power supply, and a 32GB micro SD card among other useful components. There’s also a NEEGO keyboard.

All combined, the kit is quick and easy to assemble, according to reports, and it’s compatible with multiple programming languages. The command line wireless keyboard works great, and after assembling all the parts you’ll have a running, hand-sized computer.
According to one consumer, the ultimate kit from NEEGO is an effective learning tool and a geek’s cool gadget, offering plenty of flexibility to experiment.

For this guide on the best Raspberry Pi starter kits, our team spent 5 hours researching the 25 most popular options from brands and manufacturers big and small. We then read user reviews (both positive and negative) to discover what shoppers thought about each kit. After comparing this data, we narrowed our list down to the top 5 Raspberry Pi kits on the market. You can count on this research to guide you to a mindful purchasing decision.

If you enjoyed this read, sign up for our newsletter below and get special online shopping deals delivered straight to your inbox. 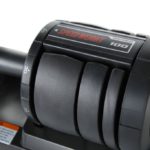 How to Use a Yoga Wheel in 8 Different Ways